It’s been a few weeks of tracking down bugs, adding new features, and testing, but The Convenience Update v0.82 is finally here! This update is all about giving players more options to handle problems they may face. So this update tackles, head-on, some annoyances that have been in the game from the beginning. With these changes in place, you’ll surely encounter less pain points during gameplay, and find many convenient changes. 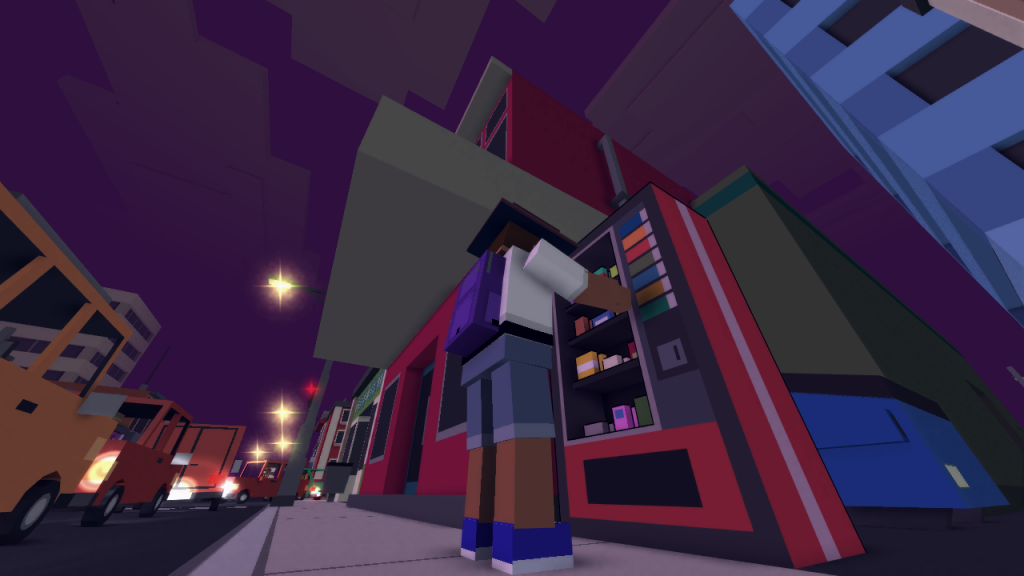 First thing you’ll notice is the availability of vending machines around the map. Hunger no more! There are 4 usable machines you’ll find that offer an easy way to boost your stats. However, there are no map markers for these yet, so you’ll have to do some exploring to find them all. Another addition are the consume animations/sounds that play for you and nearby players when you eat, drink, or even take drugs. 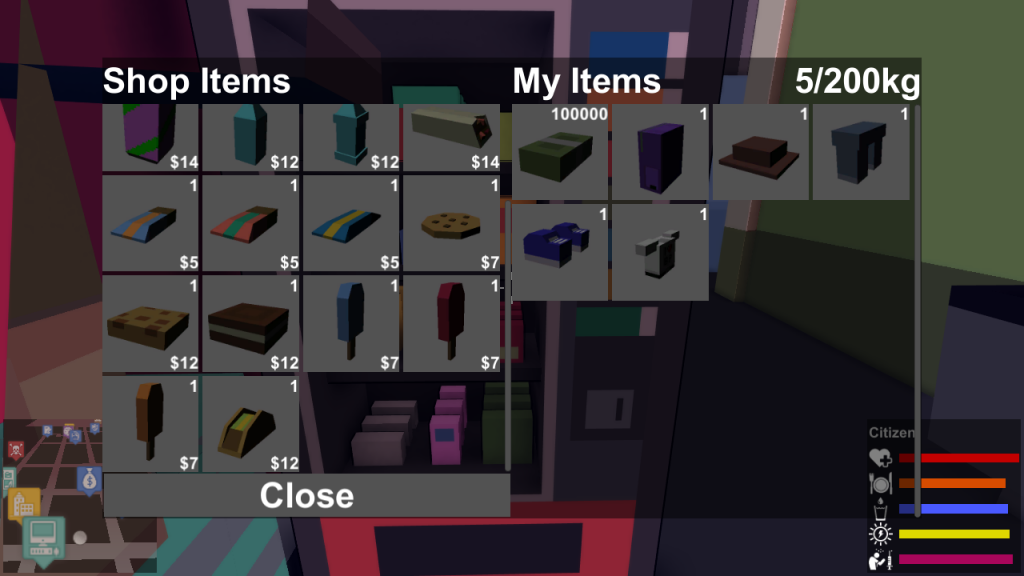 The machines offer smaller snacks to choose from. But best of all, you can hover over the items to see what stats they’ll boost. So you can pick the items that will best suit your current hunger, thirst and energy levels. These aren’t full meals but they should hold you over until you can reach a restaurant and get more than just a bite to eat. Also now drugs will cure your addiction levels without hurting your addiction decay rate. The only downside is the … well, the vision impairment. 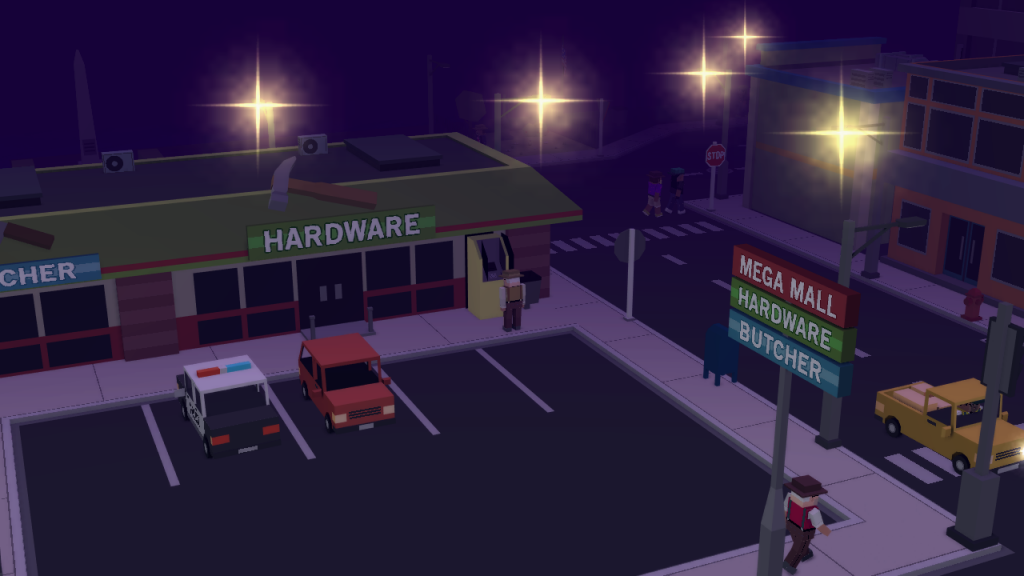 Also, you’ll find ATMs located across the city of Eden. If you need some quick cash, it should be short jaunt to the nearest machine for a speedy withdrawal. Remember these locations as they, again, aren’t marked on your map. Some servers do allow the /ATM command, but for roleplay purposes, better stick to the machines 🙂 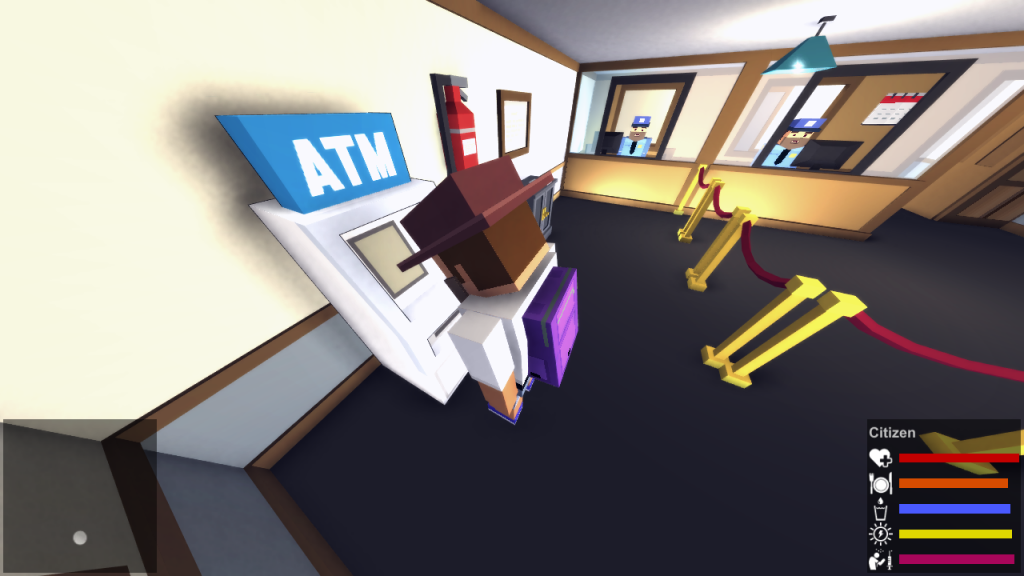 An ATM is appropriately placed within the bank as well. Common sense prevails! Remember that cash kept in your bank account is kept no matter if you’re killed or imprisoned. So be sure to deposit quickly and deposit often. 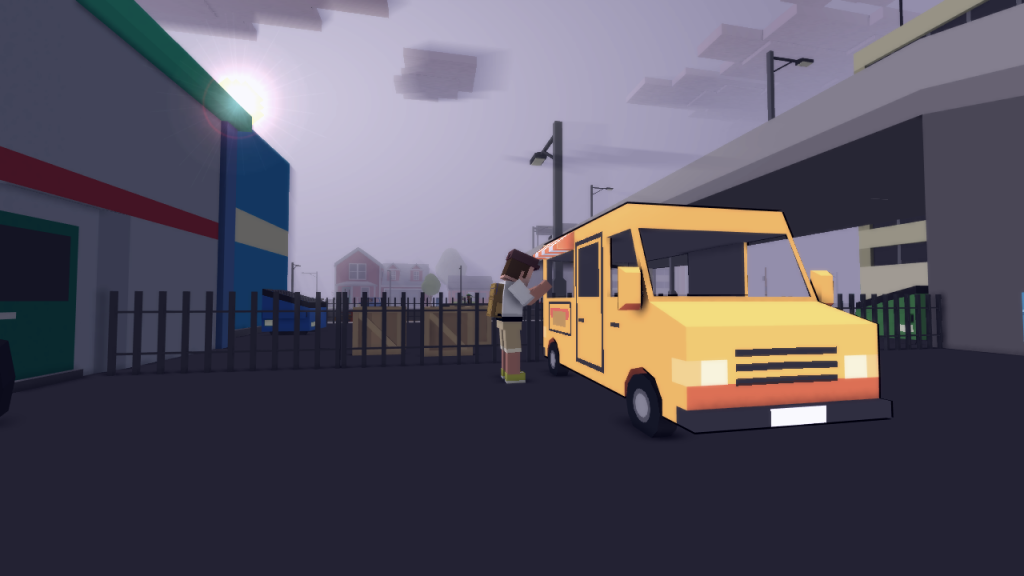 Also, a couple new vehicles made the cut into this release. These are larger utility vehicles, the first one being a Hotdog Truck. That actually sells hotdogs! It’s minimal right now and the driver doesn’t get a cut of profits yet but this is a first step towards player-run shops. It just offers an easy go-to food source if you or your gang is based in a hard to reach location that may be scarce on sustenance. 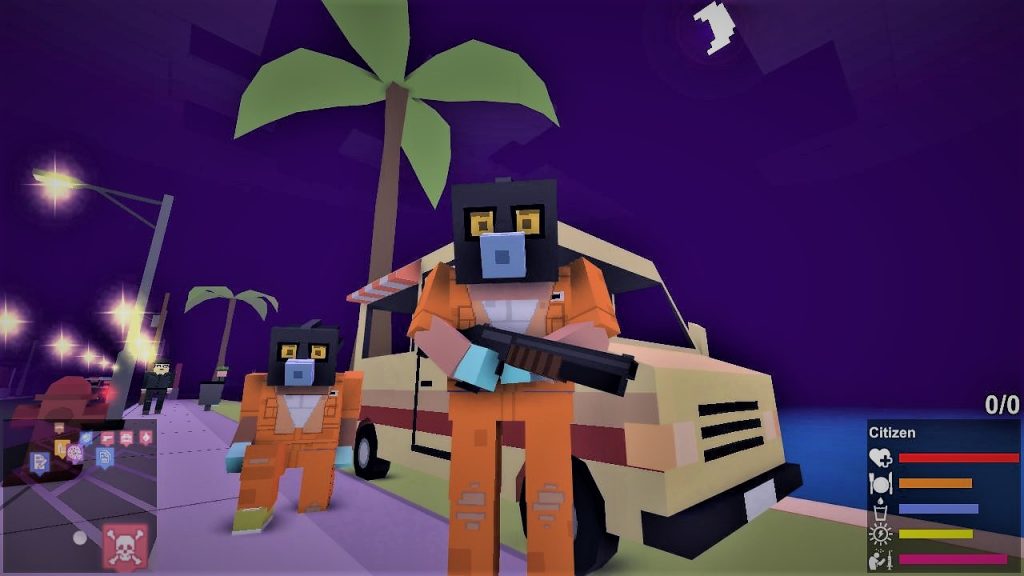 Also, a famous RV from a popular series makes it into this update. Can’t cook meth in this vehicle yet but maybe in the future. This robust transport has the ability to seat four (with shooting arcs available to the sides and rear). All that and its armor does make a good heist vehicle. So get your crew together and see if you can make bank in Eden!

P.S. You can also use the F key now to do the default action on highlighted items, no more endless mousewheeling. Check out the full changelog below, and see you in-game!