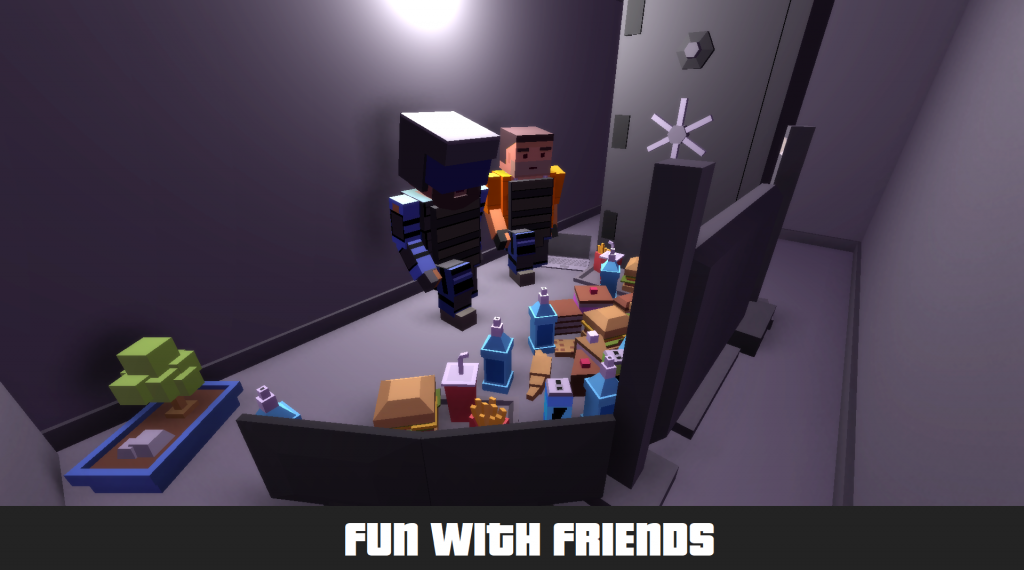 (Thanks to Nullins and friends from the English Server for snapping random pic from the bank vault!)

A quick update! After our first day LIVE on our Kickstarter, I’ve seen some amazing support from everyone and we’ve raised $1000 to support Broke Protocol so far.

We’ve gotten tens of thousands of upvotes on Reddit in the past day, and hundreds of players online last night for the Alpha Testing launch and I’m overwhelmed with gratitude.

I started Broke Protocol out of a love for the City Life Online Roleplaying genre, and a lack of finished games in this niche. And now that drive to finish this game has never been stronger.

I pledge to you that if this game is funded, I won’t stop until Broke Protocol becomes the new standard in City Life gaming. Big thanks to everyone involved in the game’s success.